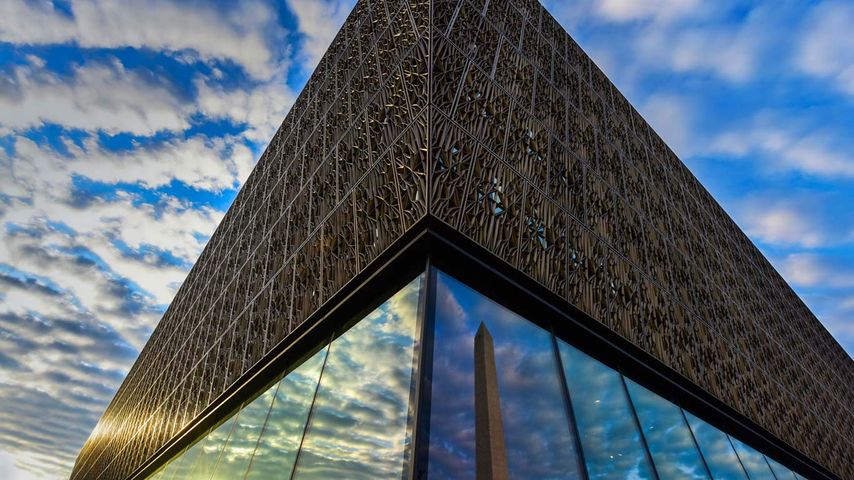 We celebrate the first day of Black History Month with a glimpse of the newest addition to the Smithsonian Institution Museums in Washington, DC. The idea for a national museum of African American history and culture dates at least to 1915, but serious effort at the federal level began in the 1970s and construction on the space began in 2012. The opening ceremonies took place on September 24, 2016, and included a speech by President Obama.