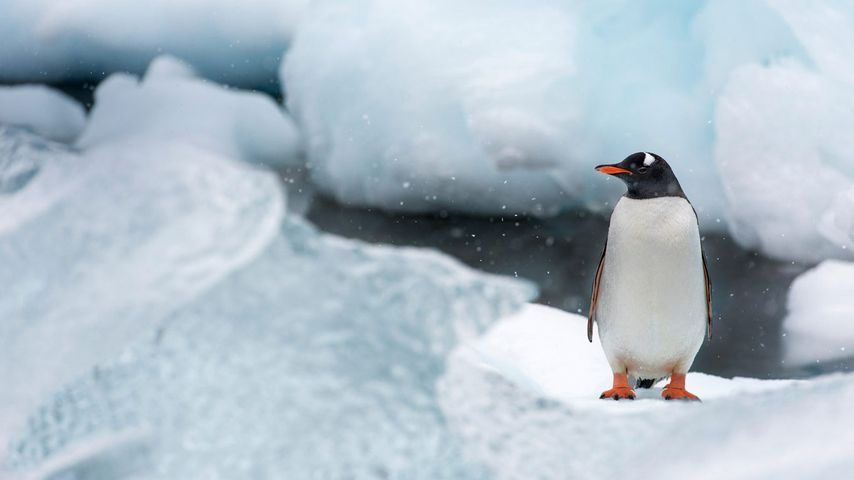 Behind the Emperor and King penguins stands the gentoo, third-largest of all penguin species. But don’t sell gentoo penguins short—they can grow to be nearly 3 feet tall. And they really distinguish themselves not while standing on land, but while swimming under water. Gentoo penguins have sleek, streamlined bodies and powerful flippers that propel them up to 22 miles per hour. No other diving bird can swim as fast. And when in pursuit of fish and other underwater prey, they can stay under for up to 7 minutes and dive to depths of more than 650 feet.