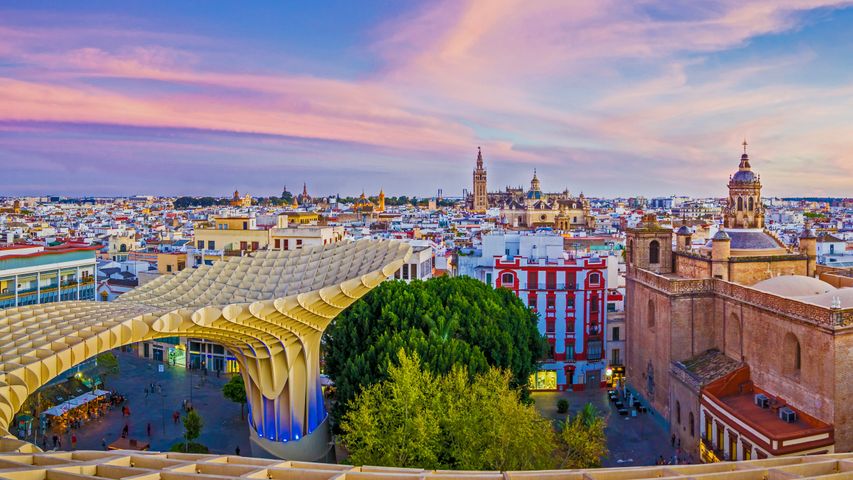 What returned to this city 500 years ago?. Seville, Spain

The first recorded expedition to circumnavigate the Earth set sail from Seville, Spain, seen in our homepage image, 500 years ago on this day. 'Yes!' you cry, 'Ferdinand Magellan!' Well, you're partly right.

While Magellan gets the glory as leader of the Spanish expedition, he didn't actually complete the marathon voyage - he was killed in a fight in the Philippines in March 1521. His place as leader of the five-ship voyage was filled by Juan Sebastián de Elcano, whose command ship the Vittoria was the only one in the convoy that survived the trip, reaching Seville in 1522. Harsh conditions and poor-quality vessels had taken their toll: Of the 239 crew members who set out, only 18 returned with the expedition.

Although he only made half of this globe-circling journey, Magellan is honoured as an outstanding navigator, especially given the rudimentary knowledge and tools of the time. He discovered and crossed the strait that now bears his name near the tip of South America, trailblazing the first known passage between the Atlantic and Pacific oceans. Magellan's and de Elcano's combined effort was also the first practical proof of a notion many 16th century people were still sceptical about: The Earth is round.