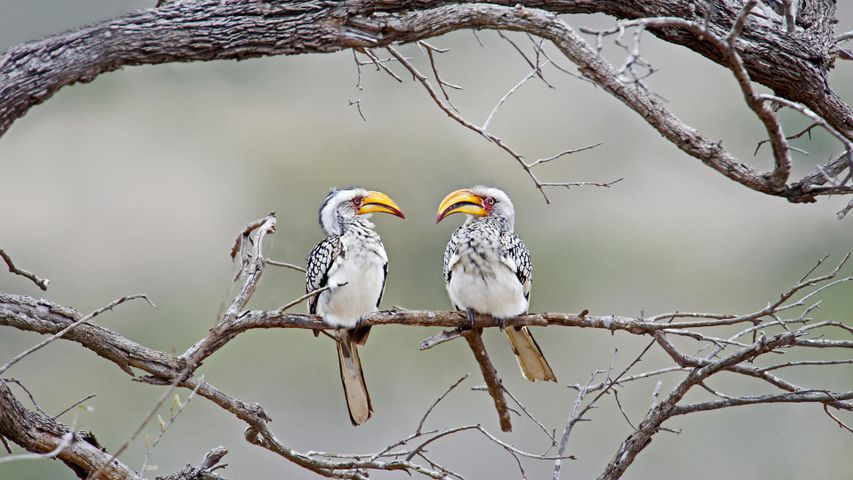 Yellow-billed hornbills live in the dry savannahs of southern Africa. They feed mainly on the ground, foraging for creepy crawlies, and are characterised by their large, downwardly curved yellow beaks, which is why they are sometimes referred to as 'flying bananas'. These two were photographed in South Africa's Kruger National Park, one of the largest nature reserves on the continent and home to numerous native species. While lions, elephants and rhinos may get the spotlight, the bird population here could inspire a safari of its own.

‘Greeting to the Sun’ installation by Nikola Bašić, Zadar, Croatia