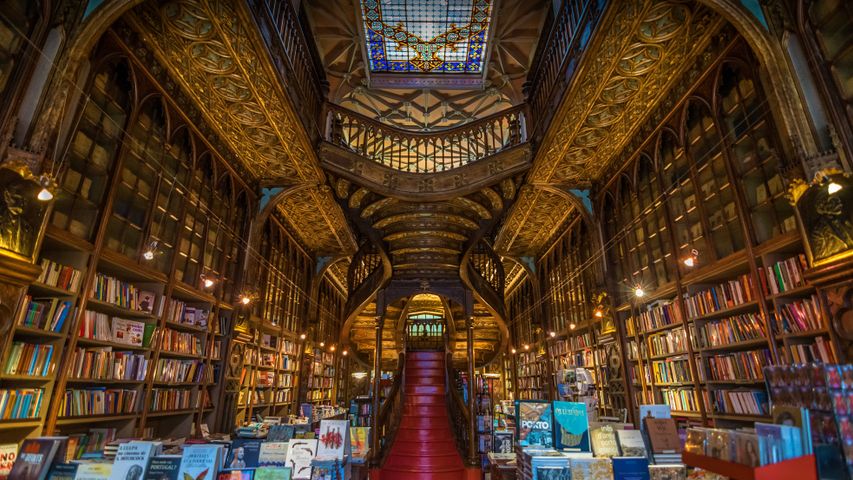 Happy International Literacy Day! Our homepage image today is a photograph of a very special bookshop, Livraria Lello in Porto, Portugal. With its Art Nouveau façade, neo-Gothic interior, stained-glass ceiling, swooping catwalks and a dramatic, curvaceous staircase with crimson steps, the Lello is considered one of the most beautiful bookshops in the world. It is rumoured to have cast a spell on author JK Rowling, inspiring some of the scenery in Harry Potter, such as the Hogwarts floating staircase and the Flourish and Blotts bookshop. (Rowling often visited the Lello when she lived in Porto in the early '90s.) Among the world’s oldest bookshops, Livraria Lello opened in 1906 and has been serving up the magic of books ever since.

Bookshelves photographed at Chawton House Library in Hampshire, England as part of Bing Help Your Britain ©