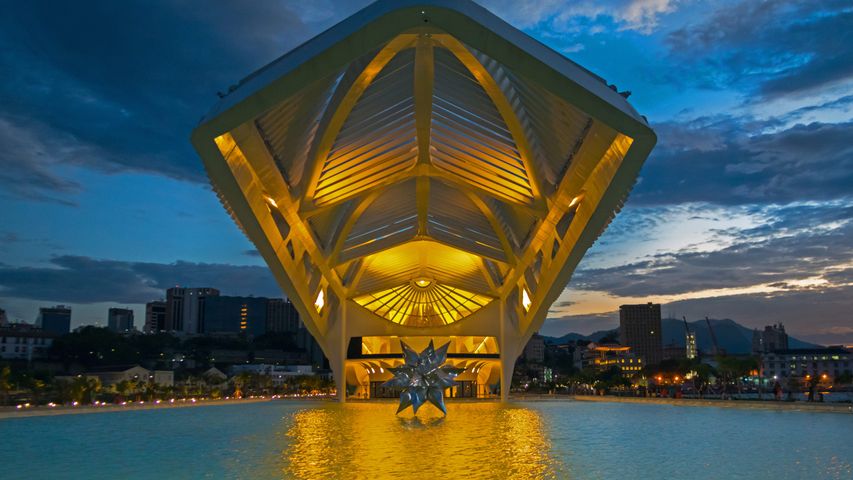 Back to the future. 200th anniversary of Brazilian independence

Welcome to the Museum of Tomorrow in Rio de Janeiro, where we are marking 200 years of Brazilian independence. Designed by Spanish architect Santiago Calatrava, the unique structure was commissioned to showcase Rio's revitalised waterfront ahead of the 2016 Olympics. The museum comprises five main areas: Cosmos, Earth, Anthropocene, Tomorrow and Us, each inviting visitors to interact in different ways and learn about living in a sustainable world.

Brazil gained independence from Portugal just a few decades after the United States broke off from Great Britain, although it happened in a decidedly different way. Don Pedro I, first emperor of Brazil, was a member of the Portuguese ruling family (he would eventually briefly rule Portugal too). When Portugal threatened to take back the political autonomy Brazil had enjoyed since 1808, Pedro sided with his adopted homeland against the Portuguese. After a three-year war that was largely bloodless, the Empire of Brazil, which preceded the diverse democracy we know today, was born on 7 September 1822.