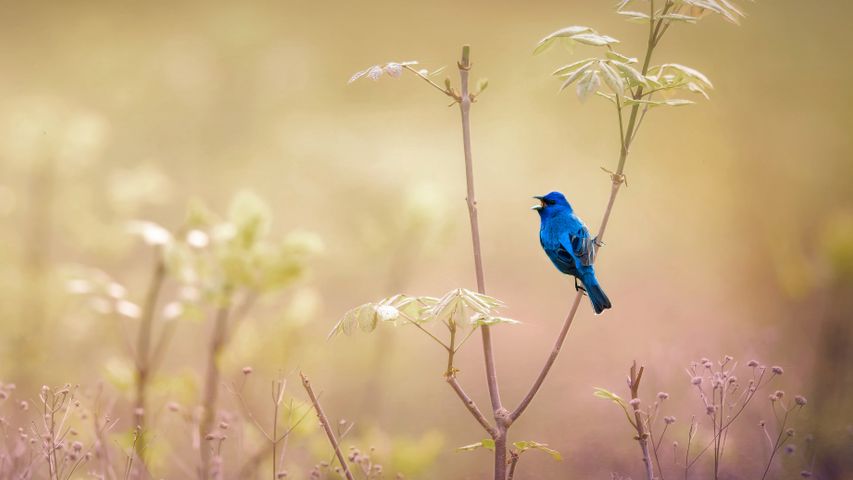 At this time of year, from late spring to summer, male adult indigo buntings take it up a notch and turn a brilliant deep blue. They fly to a high perch and sing from morning to night to try to catch the attention of females. Indigo buntings are members of the ‘blue’ clade (subgroup) of the cardinal family and are migratory, found from southern Canada to northern South America at different times of the year.

During breeding season these small, seed-loving songbirds are found in brushy habitats in pastures, along roadways and at the edges of forests throughout eastern and central North America, from southern Canada down to Florida. But you'll have to keep a sharp eye out for the plain brown females, who are usually tending to their young deep in the thicket.

An unkindness of ravens in Juneau, Alaska, USA