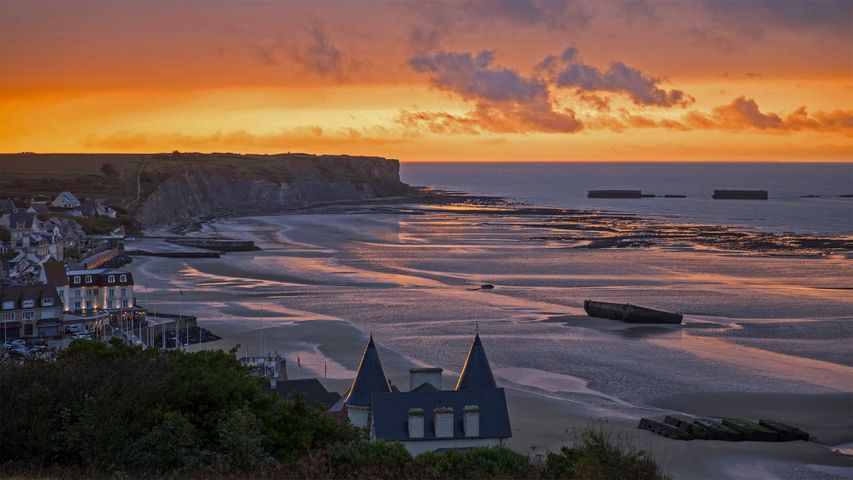 As the sun sets on this beach in Normandy, what appear to be working barges and boats offshore are actually the remnants of Mulberry Harbours, temporary portable harbours constructed by British military engineers during World War Two. Their story begins 77 years ago today, on D-Day, when the first of the Allied troops touched down on the Nazi-occupied beaches at Normandy. After the Allies successfully held the beachheads, the Mulberries were towed into place so the artificial harbours could provide the port facilities necessary to offload the thousands of men and vehicles, and tonnes of supplies necessary to sustain the effort to drive the Germans out of France.

Two Mulberry Harbours were built for D-Day. The one known as Mulberry A was constructed off Omaha Beach to aid US forces. Mulberry B was built here, off Gold Beach at Arromanches to supply British and Canadian troops. Mulberry A was destroyed in a storm just a few days after it was built, but Mulberry B was operational for 10 months after the landings, providing crucial infrastructure to the Allied operation. The innovative feat of military engineering enabled the largest seaborne invasion in history, which in turn laid the foundations of the Allied victory on the Western Front.