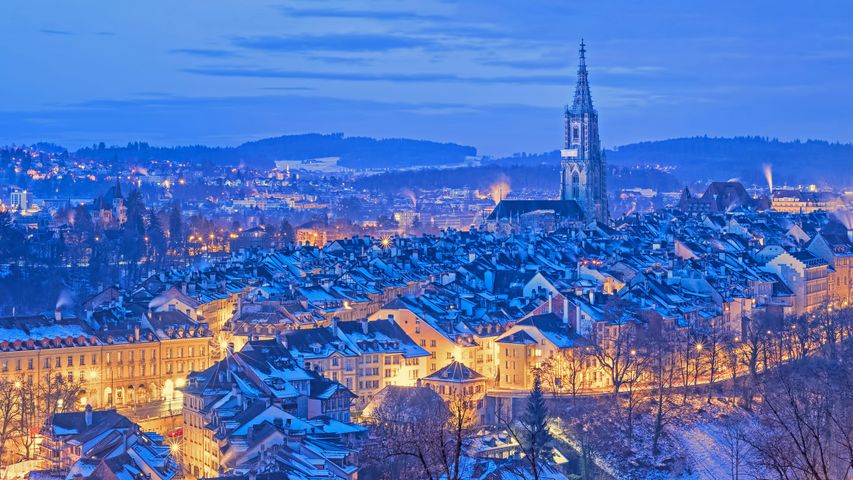 Welcome to a wintry wonderland in Bern, the capital of Switzerland. We’re in the city’s medieval centre, Old Town, where many of these buildings were constructed between the 12th and 15th centuries. So much remains unchanged that Bern's Old Town became a Unesco World Heritage Site in 1983.

Old Town was founded in 1191 on a long, narrow peninsula surrounded on three sides by the Aare River. Today, visitors and locals alike enjoy strolling down alleyways and cobblestone streets amid charming medieval buildings. In winter, many stop here en route to a ski trip on the nearby Bernese Oberland mountains or to visit the Schwarzsee ice palaces.

Those in the know also suggest a climb to the top of the Bernese Minster, the highest church spire in all of Switzerland, seen in our photo. It’s 312 steps to the viewing deck, but we hear the panorama of snowy rooftops and the nearby peaks is worth the climb.