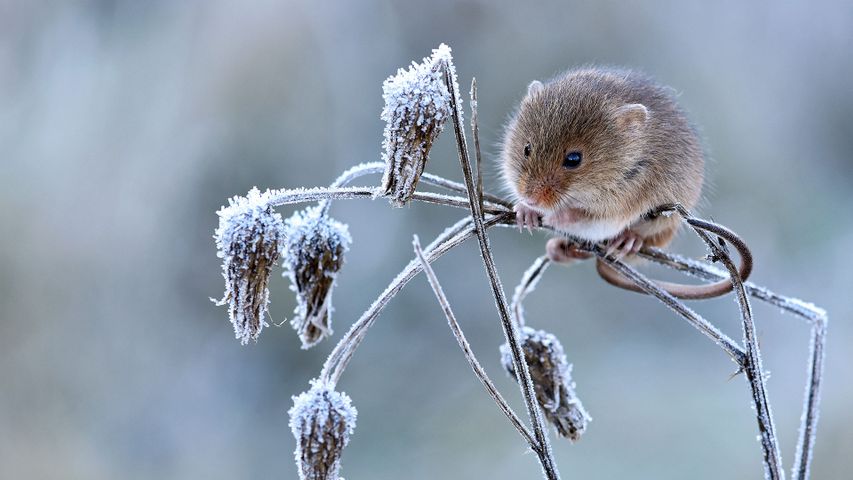 Small wonder. The small wonder of our fields and hedgerows

Meet Britain’s smallest rodent, the tiny harvest mouse. Often pictured in the summer months clambering over corn stalks or tall grasses, during winter it usually stays closer to the ground, sometimes burrowing beneath the soil to keep warm. Unlike the dormouse, the harvest mouse does not hibernate but will hide away during these colder months. Its numbers are thought to have declined sharply since the 1940s but it’s hard to be precise because its size makes it so difficult to spot. Adult harvest mice weigh 5 to 6g, that’s less than a 10p coin, and their bodies are between 5 and 7cm long, minus that long prehensile tail – which they use like an extra limb to help them climb.

During the summer, heavily pregnant females create a very distinctive, cricket-ball sized nest out of shredded grasses, to provide a home for their litters. In the winter, their nests are lower down and are used for sleeping and storing food. Predators include weasels, stoats, owls and hawks – but farming practices, particularly the use of combine harvesters, are also thought to have had a big impact on their numbers. Largely found in southern and eastern England, they have been identified as a priority species for conservation.