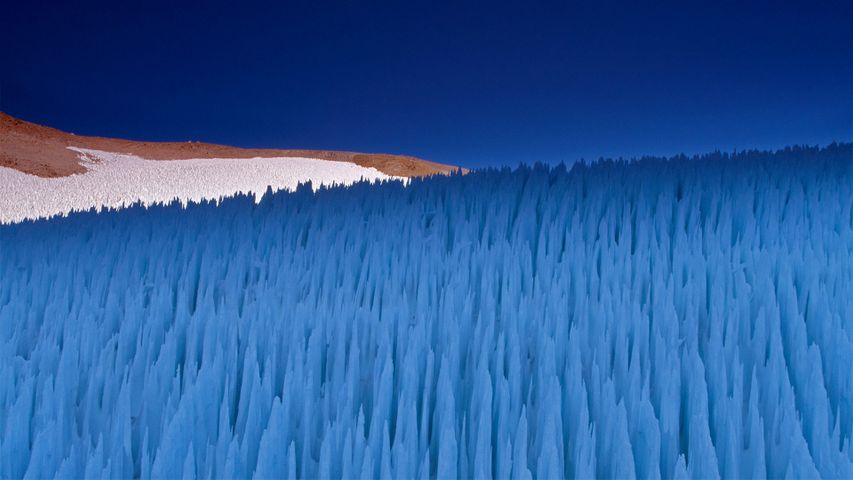 If these frozen formations were named by more literal minds, they might have been called 'reverse icicles'. But the Andes, including this mountain pass rising above Chile's Atacama Desert, were mapped by poetically inclined Spanish explorers. They likened formations like these to a kneeling congregation of penitent parishioners: so the packed-snow pinnacles became known as 'penitentes’.

Maybe the most dramatic penitentes appear in dry sections of the Andes, but they can form anywhere the Sun is strong enough to vaporise snow faster than it can melt into water. Since snow isn't a perfectly even surface, some patches of the snowpack turn to vapour faster than others, creating pits that further reflect sunlight upon themselves. This quickens vaporisation within the pits, deepening them, often all the way down to the bare earth. The snow in between is left standing (or kneeling) as penitentes.