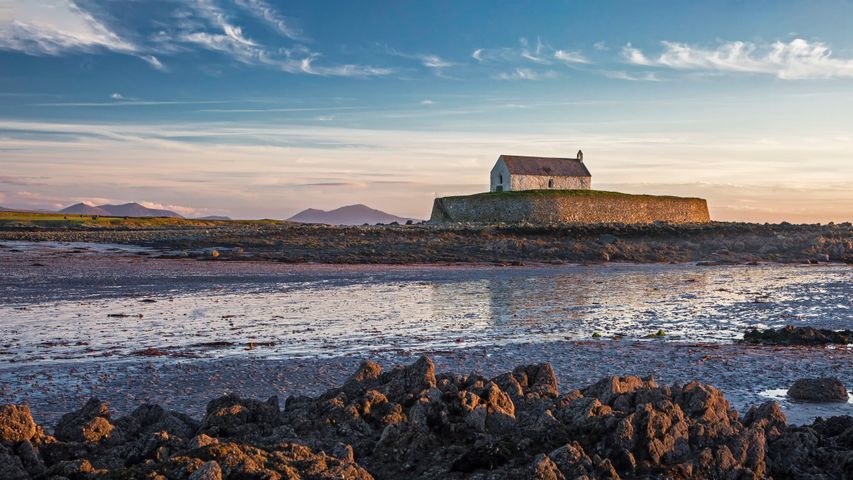 The little church in the sea. St Cwyfan’s Church, Anglesey

This tiny medieval church has been weathering storms off the island of Anglesey for hundreds of years. First built in the 12th century, the land on which St Cwyfan’s stood would have been attached to the Welsh island back then, sitting between the bays of Porth China and Porth Cwyfan. But over the centuries, the sea has eaten away at the land surrounding the church, creating the tiny islet of Cribinau and cutting it off from Anglesey at high tides. Presumably that is why it is known locally as eglwys bach y mor - the little church in the sea.

The sea continued to erode the island until, in the 1890s, a sea wall was constructed around it, which is still keeping the waves at bay. The oldest part of this Grade II listed medieval church dates back to the 12th century, although most of it was added during reconstruction work in the 14th century. You can get to this remote spot at low tide via a small causeway, as long as you have some proper walking boots. It’s a little uneven underfoot but will reward those who make the journey with spectacular views.