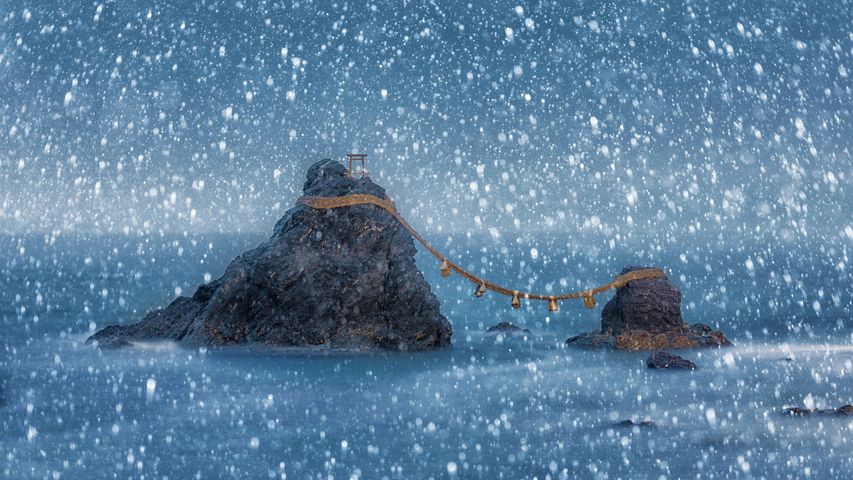 The sea stacks are joined together in matrimony by a thick rope braided of rice straw called ‘shimenawa’, which is used as a symbol of purity and protection in the Shinto religion. The sacred rope is replaced in a special ceremony, held three times each year during the months of May, September and December. The best time to see the rocks is at dawn during summer or twilight in winter, when the sun and moon, respectively, rise between them. If the weather is clear, you might even see Mount Fuji in the distance.