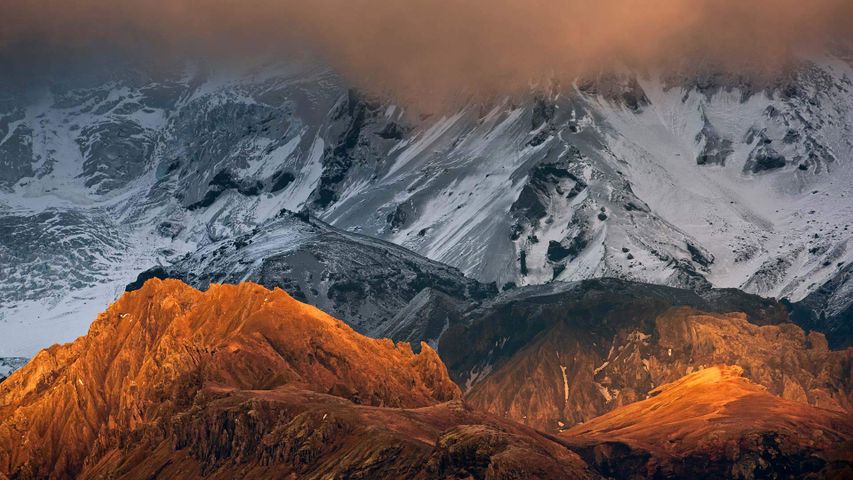 This is the sun-soaked ice cap of Iceland's Eyjafjallajökull. Remember the name? It's that unpronounceable volcano that made you miss your connecting flight back in 2010. That eruption and the vast ash cloud it belched over the North Atlantic was the biggest disruption to air traffic since World War II. And this relatively small, but volatile island may yet waylay the world again: Eyjafjallajökull is a lightweight among the 32 active volcanic systems dotting the Land of Fire and Ice - its much larger neighbour Katla has been closely monitored since the 2010 incident.

Today is the first day of the old Icelandic month of Thorri and the beginning of Thorrablot, a quintessentially Icelandic celebration adapted from the country's pagan roots. Throughout the month, Icelanders will revel in traditional songs, poems, and oral history, while enjoying buffet-style platters of cleverly preserved foods from Iceland's hardscrabble past: rotten shark, boiled sheep's head, lamb's-blood pudding, and other dishes sure to raise non-Icelanders' eyebrows (and, perhaps, turn their stomachs).