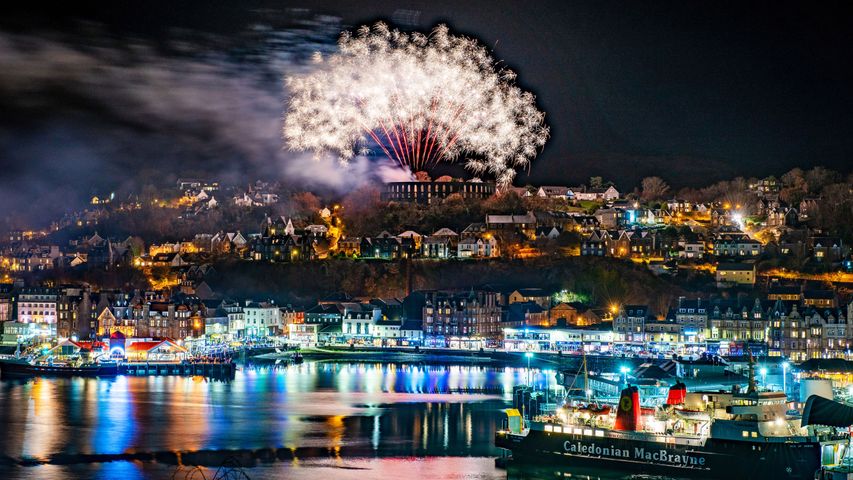 For St Andrew’s Day, we’re in the bustling town of Oban on Scotland’s west coast – known for its seafood, whisky and for being a gateway to the islands of the Inner Hebrides. Our homepage picture was taken during Oban’s winter festival, which takes place each year at the end of November to mark the coming of the cold months. The fireworks in the photograph explode over Oban’s most recognisable landmark, McCaig’s tower, a 19th century Colosseum-style building which overlooks Oban Bay and from which you can enjoy views over the town and surrounding islands.

Oban grew up around its distillery, established in 1794, and its main export is its 14-year-old Highland single malt whisky, perfect for toasting Scotland’s patron saint. As the town is Scotland’s unofficial seafood capital, it shouldn’t be too hard to find a decent bowl of cullen skink, a traditional smoked fish soup, to warm the insides as winter sets in.