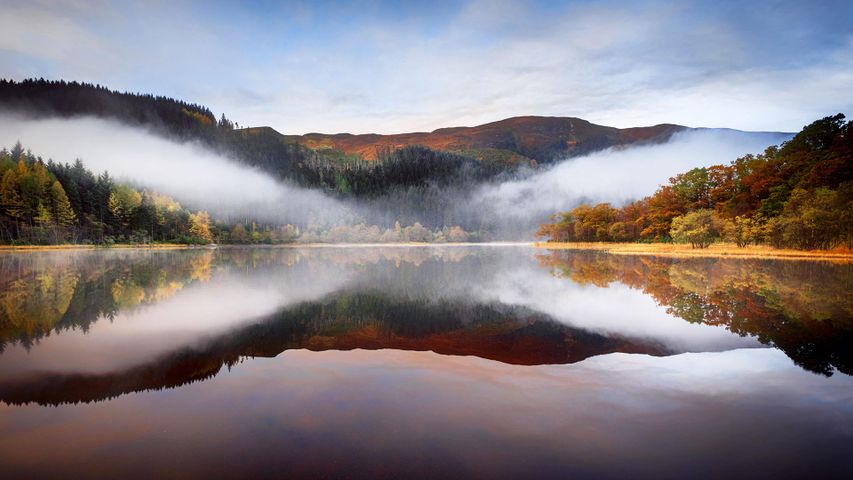 These low-lying clouds reflected in Loch Chon have created a misty Saltire – the perfect picture to see in St Andrew's Day and celebrate Scotland’s patron saint. Today, 30 November, marks the start of Scotland’s three winter festivals – the others being Hogmanay and Burns Night – and is celebrated with traditional food and drink, music and dancing. St Andrew is patron saint of a number of countries including Russia and Romania and there are various stories about how he ended up being patron saint of Scotland. One involves a 9th Century king of the Picts, Oengus II, who saw white clouds form an “X” in the sky before battle against the Angles – a bit like our homepage image today. It was taken as a sign and he vowed that if he won the battle, he would make St Andrew the patron saint of Scotland. He did!

Loch Chon itself is not without its own legends. Surrounded by forests between Kinlochard and Inversnaid it is said to be home to a Kelpie – a shape-shifting water spirit of Scottish legend - as well as a large faerie population! Whether you believe that or not, it can certainly boast plenty of fish and fabulous views of surrounding hills and mountains.