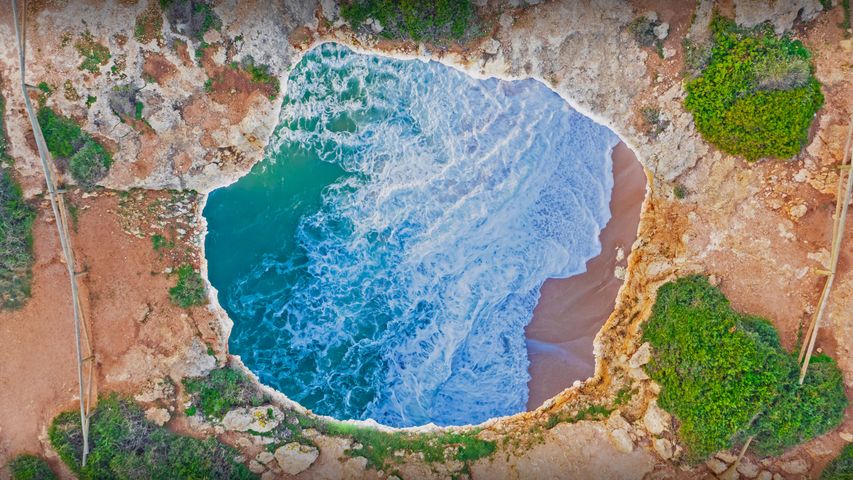 Eye of the cave

Many sea caves and rock formations line the alluring Algarve coast in the south of Portugal, and today we're shedding light on Benagil Cave—one of the region's most spectacular and famous natural landmarks. Just east of the small fishing village of Benagil, the cave was formed about 20 million years ago from the pounding waves that sweep in from the Atlantic. Rainfall has caused the softer segments of limestone to erode, creating a giant hole in the cave's roof, which is what we're looking down through in our photo.