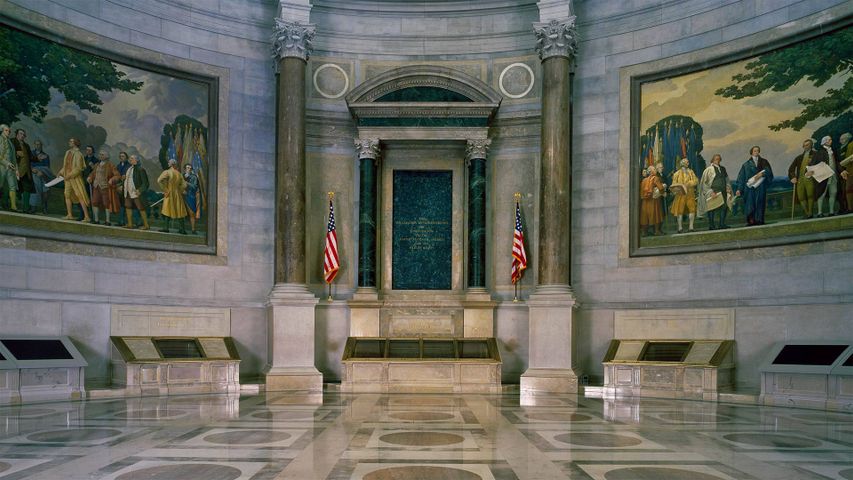 Today we visit the National Archives in Washington DC, where the US Constitution and the Declaration of Independence are on display, to mark Constitution Day and Citizenship Day. It's a single day with a dual purpose—commemorating the formation and signing of the Constitution, while also recognizing both naturalized citizens and those born in the US. Ordinarily, many people become naturalized citizens in group ceremonies on this day; on average, about 700,000 people become American citizens each year.

So why is today both Constitution Day and Citizenship Day? The reason is rooted in the World War II era. In 1940, Congress created I Am an American Day, a demonstration of patriotism. Twelve years later, President Harry Truman signed into law Citizenship Day, which replaced I Am an American Day and moved the observance to September 17, the day the Constitution was signed in 1787. Eventually, in 2004 the day was designated as the mash-up of observances we have today.