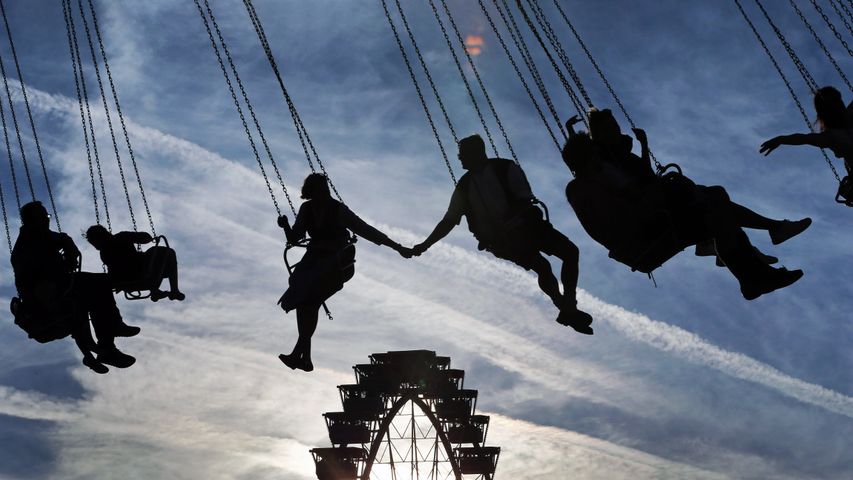 Oom-pah, oom-pah… That sound can mean only one thing (at least that isn't chocolate factory-related). It's Oktoberfest season! Don't start the party too fast, though: You might want to ride the Wellenflug swing carousel seen in today's photo before you get too much of that distinctly German beer in your belly. And it is distinct: Due to strict Reinheitsgebot ('purity orders') regulations in place since 1516, real German beer can only be made with certain ingredients—originally just barley, hops, and water, though other additions have trickled in over time.

From today until October 3, brass bands will play traditional German folk music as festive crowds eat, drink, and generally be merry in Munich, Germany—and most everywhere, thanks to the many copycat fests now held around the world. But let's face it, the Germans have most of us beat for beer consumption, as each Munich Oktoberfest sees nearly 2 million gallons of the stuff quaffed by visitors.