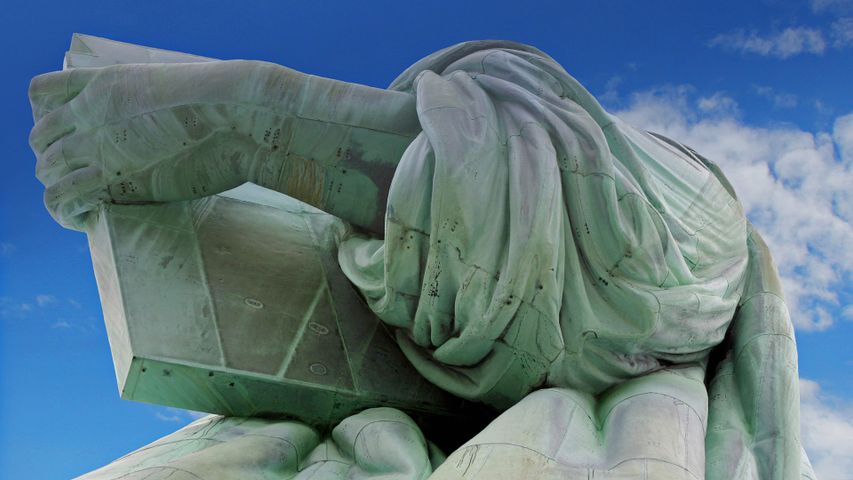 Constitution Day and Citizenship Day is a single celebration that commemorates the formation and signing of the US Constitution while also recognizing both naturalized citizens and those born in the US. It's a day to learn about these subjects, as well as a day many people become naturalized citizens in group ceremonies. (On average, about 700,000 people become US citizens every year.) To celebrate, we're looking at an unusual close-up of the Statue of Liberty, a welcoming sight to immigrants and a symbol of freedom since 1886. The statue's tablet has the date of the signing of the Declaration of Independence (July 4, 1776) inscribed in Roman numerals: JULY IV MDCCLXXVI.So why is today both Constitution Day and Citizenship Day? The reason is rooted in the World War II era. In 1940, Congress created I Am an American Day, a demonstration of US patriotism. Twelve years later, President Harry Truman signed into law Citizenship Day, which replaced I Am an American Day and moved the observance to September 17, the day the Constitution was signed in 1787. Eventually, in 2004 the day was designated as the mash-up of observances we have today—the jointly celebrated Constitution Day and Citizenship Day.