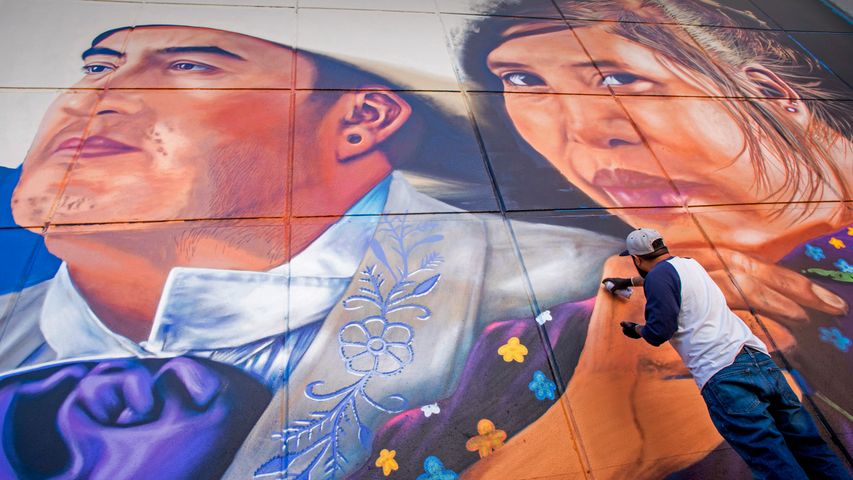 National Hispanic Heritage Month takes us to the Texas border town of El Paso, where artist Jesus 'CIMI' Alvarado is pictured applying the final touches to the mural he calls 'Fronterizos' (Border People). It was commissioned by the El Paso Museum of Art for one of its outside walls. Alvarado began his painting career as a graffiti artist, tagging the walls of the city's historic Segundo Barrio, and today his work can be found throughout the city. This mural depicts a local musician, Johnny Barragan, with an unnamed woman, and is described as an ode to a hometown hero of El Paso.