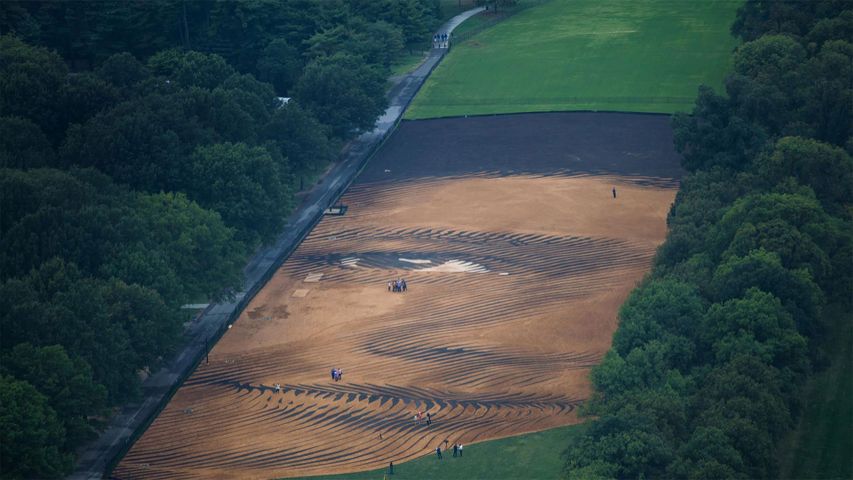 For Hispanic Heritage Month: 'Out of Many, One'

This giant portrait by Jorge Rodríguez-Gerada is called 'Out of Many, One.' It was installed on the National Mall lawn in October 2014 and remained for one month. The title not only refers to the motto of the United States (E pluribus unum, Latin for 'out of many, one') but hints at how the portrait was created.

Working on a commission from the National Portrait Gallery of the Smithsonian Institution, Rodríguez-Gerada used multiple photos of young men of various ethnic backgrounds to create this composite face. It's meant to represent the diversity of the population of the US, something the artist sees as our nation's greatest strength. The work was rendered on 6 acres using gravel, sand, and soil.

We're showcasing this artwork by a Cuban American artist today to mark the start of National Hispanic Heritage Month, a celebration of, in the US government's own words: 'The histories, cultures and contributions of American citizens whose ancestors came from Spain, Mexico, the Caribbean and Central and South America.' The observance lasts from September 15 to October 15.