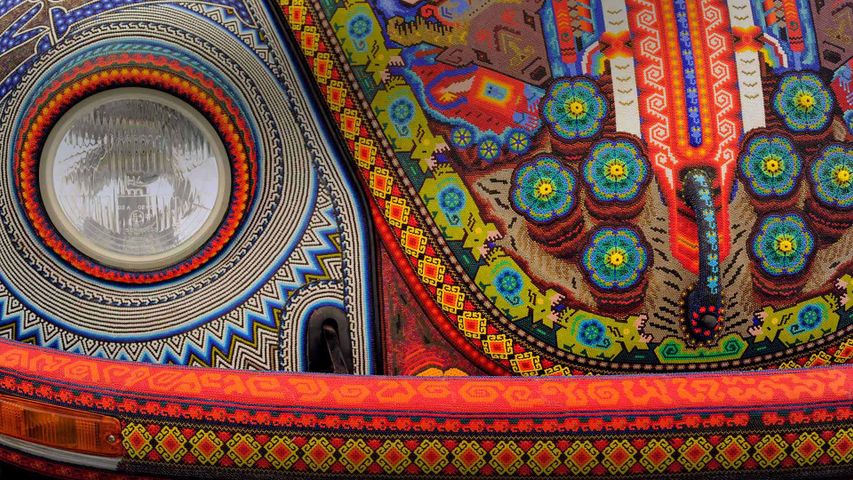 Today marks the start of National Hispanic Heritage Month, a holiday to recognize the vital contributions made by Hispanic and Latino people living in the United States. Why does National Hispanic Heritage Month begin on September 15 and not at the start of the month? The date was chosen because September 15 marks the anniversary of independence for five Latin American countries—Costa Rica, Guatemala, Nicaragua, El Salvador, and Honduras—places from which many Latin Americans in the US and their ancestors have immigrated. The monthlong celebration is marked with events throughout the country, from an annual festival in Fayetteville, Arkansas, to ceremonies within all branches of the US military.The Smithsonian Institution also holds special events during Hispanic Heritage Month—in 2012, the Smithsonian featured an exhibit of this colorful VW Beetle, called the Vochol, at the National Museum of the American Indian in honor of the holiday. The word ‘Vochol’ combines the popular term in Mexico for the Beetle (Vocho), and Huichol, the name of an indigenous people of western Mexico, members of which turned this car into a modern take on their traditional artwork. Beadwork like this reflects Huichol culture and has long been considered an expression of Huichol spiritual faith. The patterns are created with colored beads, traditionally made from bone, clay, stone, coral, turquoise, pyrite, jade, and seeds.The Vochol is covered by more than 2 million ceramic and glass beads affixed with pounds of resin and arranged in geometric patterns, with references to deer and other revered animals. Two Huichol families worked together for more than 9,000 hours to create it. Since it was unveiled in December 2010, the car has become something of a celebrity. It has its own website and went on tour throughout Mexico, the US, Europe, and Canada, and has been displayed in several museums alongside other important works of art.