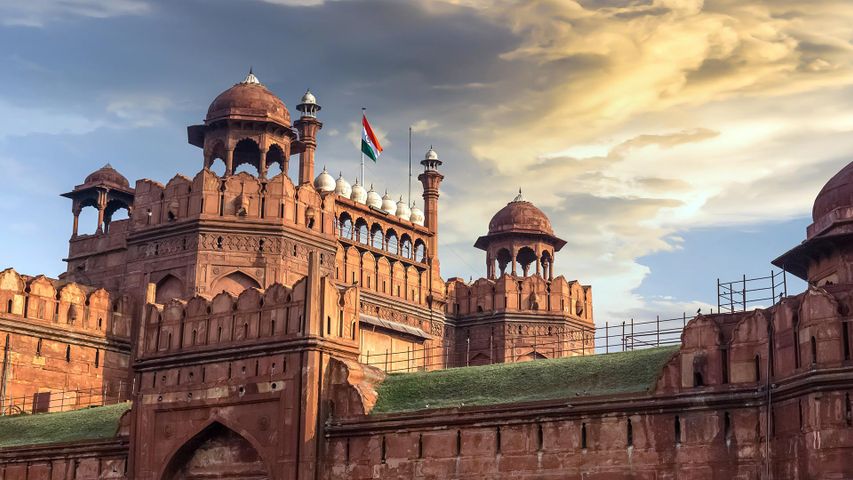 It was on this day in 1947 that the British Raj came to an end in India, ending 200 years of colonisation. Commemorating the nation's freedom from the British rule, the country is celebrating its 75th Independence Day. The day is a reminder of the sacrifices of the freedom fighters who stood up against the British oppressors to end the colonial rule. The first Prime Minister of Independent India, Jawaharlal Nehru, hoisted India's tricolour flag at the Red Fort in New Delhi on August 15, 1947, a practice that continues to date.

Soldiers stand guard in front of a tricolour flag rehearsal

A boy flies a tricoloured kite at Jama Masjid, Delhi