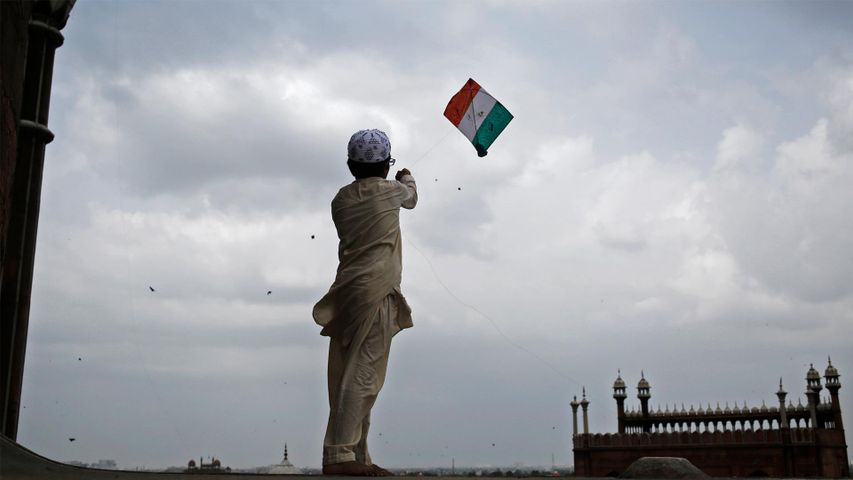 A boy flies a tricoloured kite at Jama Masjid, Delhi

Today is India’s 52nd Independence Day. After hundreds of years of foreign rule including French, Portuguese and British among others, India finally formed its own government with its prime minister as Jawaharlal Nehru, in 1947. The forming of the ‘secular’ state of India meant that all citizens of the country are free to practice their own religion and culture, and this is the sovereignty that makes India a country which has, with its policy of unity in diversity - embraced the maximum number of cultures within itself: it is in this country that Hindus, Muslims, Sikhs, Christians & Jains among others, live in harmony under the freedom and protection to practice their own ways of life. Jai Hind!

Soldiers stand guard in front of a tricolour flag rehearsal