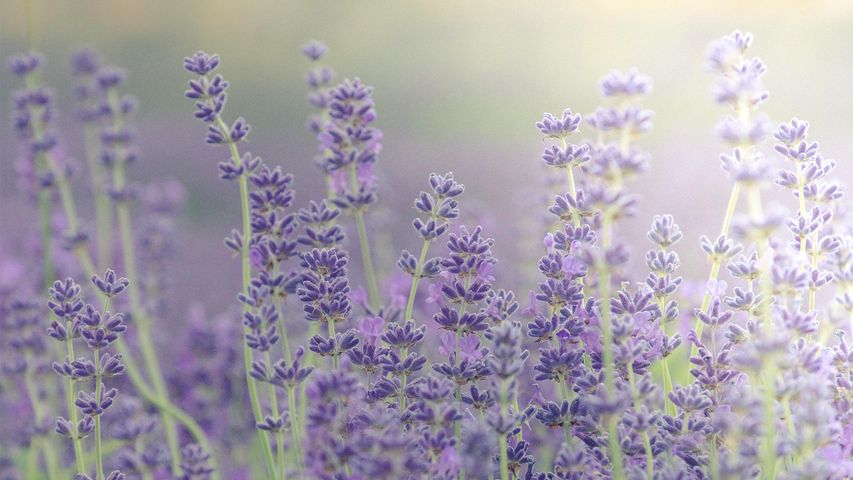 The scent of summer

These fragrant purple blooms are a quintessential summer sight - and not just in Provence. Once a favourite in Victorian gardens, homegrown lavender production has seen a renaissance in recent decades, with many small-scale producers growing it and producing lavender-based goods, from creams and oils to cider and chocolate. There are more than 40 different types but Lavendula angustifolia, also known as English lavender, is particularly popular here, especially with bees.

Lavender, which comes from the same family as mint, has been long been a popular plant. It is associated with cleanliness (the name is thought to have its roots in the Latin verb ‘lavare’ to wash), as well as relaxation and healing. The Ancient Egyptians are thought to have used it in the mummification process, while the Ancient Greeks used it for minor ailments and the Romans used it to clean their clothes. It’s not native to the UK and it is not certain when it arrived on these shores, but it has been popular here for centuries. Lavender is said to have been Queen Elizabeth I’s favourite perfume, posies of lavender were carried and scattered before her to fend off bad smells. More than 200 years later, it was still a royal favourite - Queen Victoria is said to have had a taste for lavender jelly served with roast mutton.