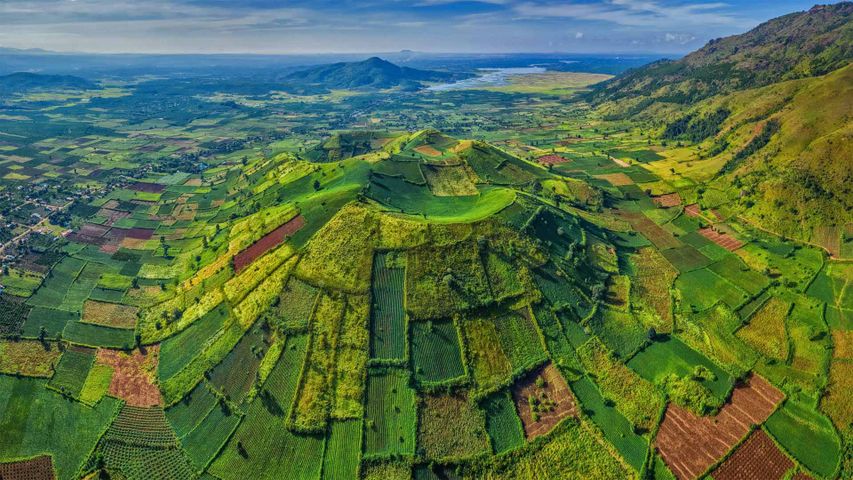 We're looking down on Chu Dang Ya, an extinct volcano that last erupted millions of years ago. Located in the Gia Lai Province in the Central Highlands of Vietnam, Chu Dang Ya, means 'wild ginger' or perhaps 'tough ginger root' in the local Jarai language. The volcano provides fertile soil for crops such as pumpkins, sweet potatoes, taro, and more. Among the best times to visit this rural gem is at the beginning of the rainy season, in late April and early May, and as the rains wind down in November. That's when Chu Dang Ya takes it up a notch - its hillsides erupt with sunflower and other wildflower blooms along roadways, dirt paths, and fields.