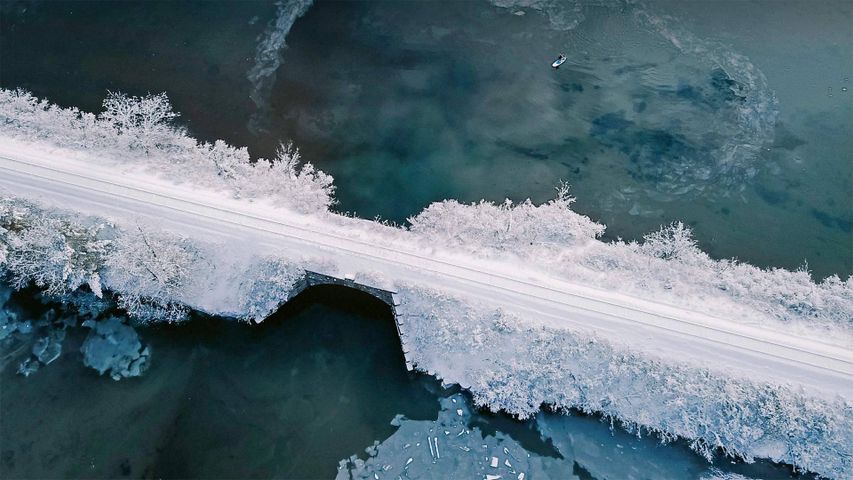 As the Scandinavian saying goes, 'There's no such thing as bad weather, just bad clothes'. The adventurer seen here, conquering America's New England chill on a stand-up paddleboard, is a cold ocean removed from Nordic shores. But this watery snow excursion embodies the Scandie stamina distilled in the word 'friluftsliv', literally translated 'free air life' - the notion that any time is a great time to be outdoors, weather be damned.

Friluftsliv has been part of Norse identity since Vikings and Goths eked out their existence in frozen fjords and forests. But it was Henrik Ibsen, the Norwegian master playwright, who brought the word into Nordic popular culture in the 1850s, imbuing it with national pride. Now it's so woven in the fabric of Scandinavian life that some non-profits are dedicated to friluftsliv, and many employers allot workers time to play outside - especially during winter, when daytime is brief and precious.