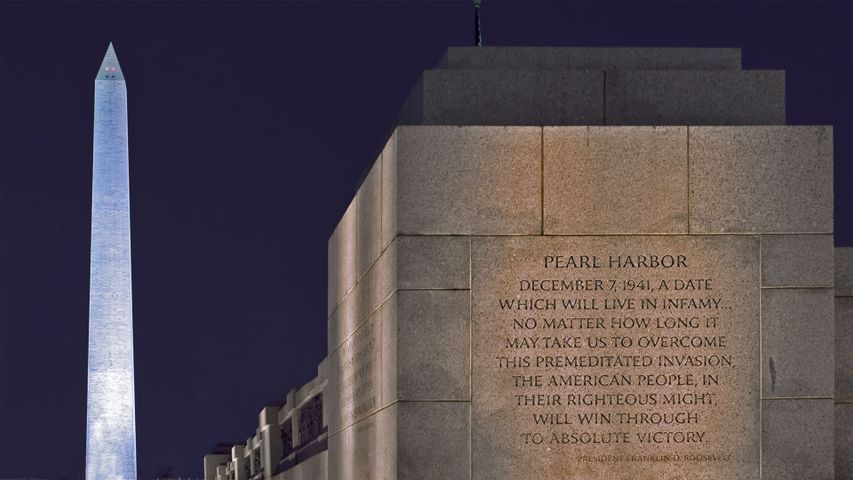 In memory of those lost

For Pearl Harbor Remembrance Day, we're looking at the Pearl Harbor Dedication, part of the National World War II Memorial in Washington, DC. You can see the white obelisk of the Washington Monument lit up on the left. Engraved in stone is the famous quote that begins with, 'December 7, 1941, a date which will live in infamy.'

President Franklin D. Roosevelt spoke these words to Congress the day after the surprise attack by Japanese forces on the US naval base at Pearl Harbor. More than 2,400 American service members and civilians were killed in the attack and much of the Navy's Pacific Fleet was destroyed. Thirty-three minutes after Roosevelt finished his speech, Congress voted to declare war on Japan.