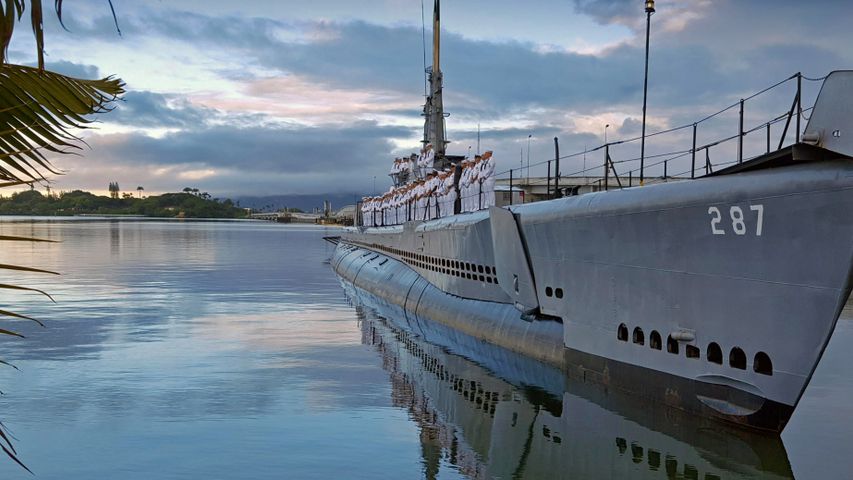 Today we're in Hawaii to mark the 80th anniversary of the surprise attack on the US naval base in Pearl Harbor on December 7, 1941. The strike by Japan cost 2,403 service members and civilians their lives, injured 1,178 others, and thrust the US into WWII. The sailors you see here are standing on the deck of the USS Bowfin, a US Navy submarine that is now a memorial and museum moored in Pearl Harbor next to the Pearl Harbor Visitor Center.

This Balao-class submarine played an important role in the American response to the historic attack, earning the nickname the 'Pearl Harbor Avenger.' Launched a year to the day after the Pearl Harbor attack, this vessel served nine patrols, or deployments, in the Pacific theater between 1943 and 1945. One of the top-performing US submarines of the war, Bowfin is credited with sinking 16 Japanese vessels, key strikes in helping to achieve the US victory. The decommissioned Bowfin was moved to Pearl Harbor in 1980, converted to a museum ship in 1981, and named a National Historic Landmark five years later.