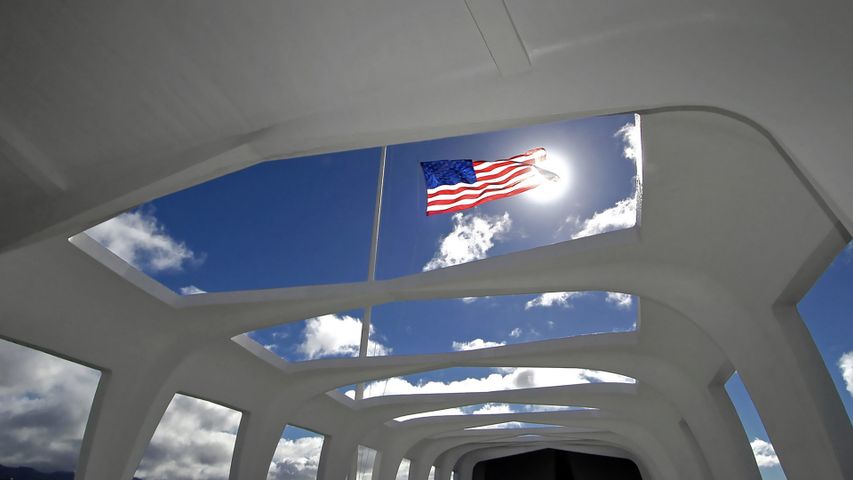 Looking up through the seven skylights of the USS Arizona Memorial, you'll see the Stars and Stripes wave solemnly against a bright Hawaiian sky. On today's infamous date, the flag flies at half-mast to honor the 2,403 people killed in Japan's December 7, 1941 surprise attack on Pearl Harbor that thrust the US into World War II. Of these, 1,177 service members perished in a direct hit that blew apart the munitions-laden Arizona. Over 900 of these casualties remain buried at sea within the ship's superstructure. They're joined by survivors who upon their later deaths chose to have their ashes interred alongside their fallen crewmates.

The flagpole extends from the battleship's original mainmast, a tradition that predates the memorial itself; naval officers first ran colors up a makeshift pole fastened to the wreck in 1950. The bridge-like permanent memorial, built in 1962, lies directly above the Arizona and is accessible only by boat. It features a roof that arcs downward and back upward along its length, which its architect Alfred Preis said symbolizes America's 'initial defeat and ultimate victory' in the war. Through the turquoise water, visitors can easily see the Arizona at its final resting place, a reminder of its nation's first sacrifices in history's most devastating conflict.