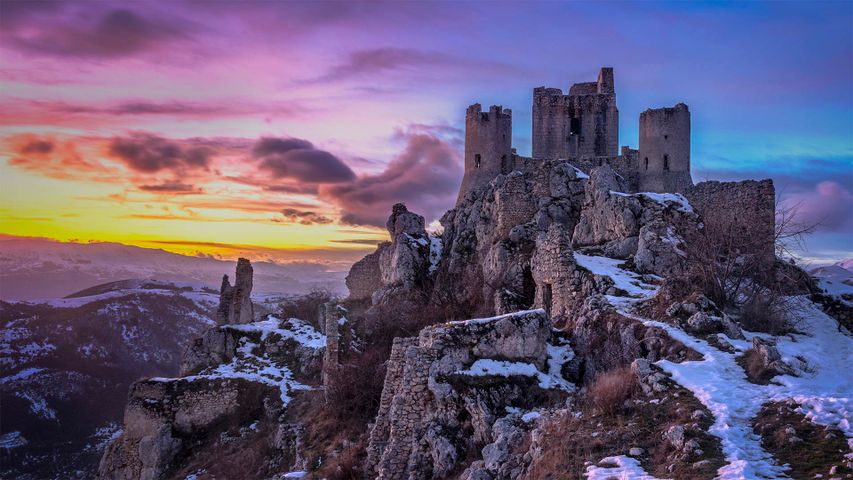 Beginning as a lone watchtower high in the Apennines of Italy in the 10th century, the fortress called Rocca Calascio gained more heft over the next few hundred years. A quartet of additional towers and heavy walls were gradually added around the first tower. These fortifications made clear that Rocca Calascio was ready for any military rivals who might scale the slopes from the valley below to attack this garrison. The fight never came. The ruins you see here are not battle scars but the result of a powerful earthquake. By the early 1700s, Rocca Calascio was abandoned, but it can still claim the title of highest fortress in the Apennines—and some of the most spectacular views in all of Italy. In fact, filmmakers have chosen the site for several movies, including 'The Name of the Rose' and 'Ladyhawke.'