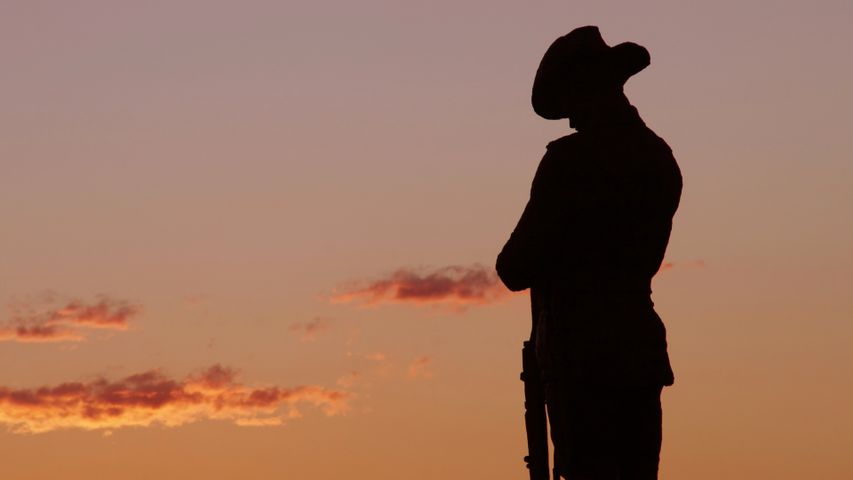 Today we commemorate Anzac Day, one of the country’s most important national occasions which marks the anniversary of the first major military action fought by Australian and New Zealand forces during the First World War.

To honour the powerful legacy of the Anzacs, we’re spotlighting this statue of a First World War Digger (a common name for an Australian soldier) which can be found on the west end of Sydney’s Anzac Bridge. The four-metre high bronze statue was dedicated on this very day back in 2000. Eight years later the Australian digger was eventually joined by a similarly-sized bronze memorial on the eastern end, this time showing a New Zealand digger bowed in silent reflection. For all those who served to protect our country, lest we forget.