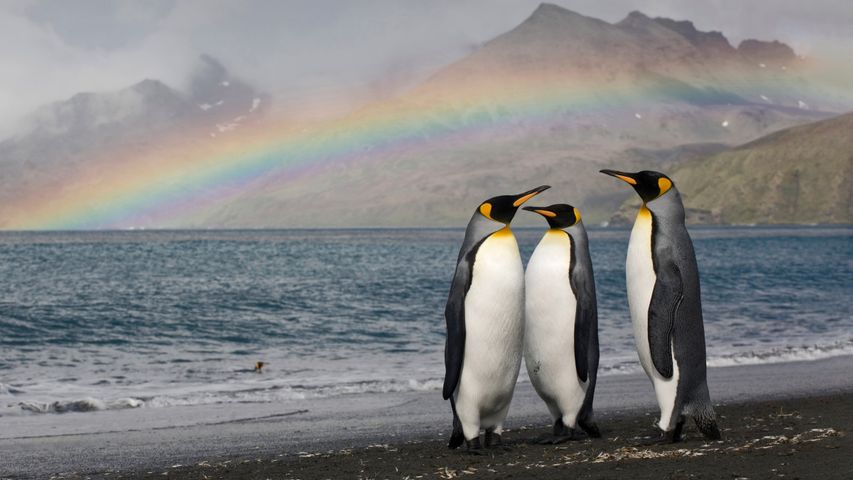 By their grand name, you might expect the king penguin to be the largest of penguin species. But the emperor penguin outranks the king in size, although they do look similar. The king penguin stands out because of its striking yellow-orange chest feathers and the matching flash of colour on the side of its head. They can be found in Antarctica and on the subantarctic islands, but their only visits to shore are during the breeding season and when it’s time to moult. The one-metre-tall king penguins have one of the longest breeding seasons for birds: It lasts from 14 to 15 months, and they only raise one chick every other year, as it takes nine months for the baby to be fully fledged.

King penguins hunt for krill, fish and squid, while they themselves are prey for fur seals, leopard seals and killer whales. Their large flippers power them to the ocean depths – they can dive about 300 metres below the surface, where little light remains, so they use their excellent 'night vision' to locate prey. Their black and white colours serve an important purpose: Predators looking down see the penguin’s black back when it’s swimming, which helps blend in with the dark water; prey looking up from below see a white tummy, which matches the sunlight above.