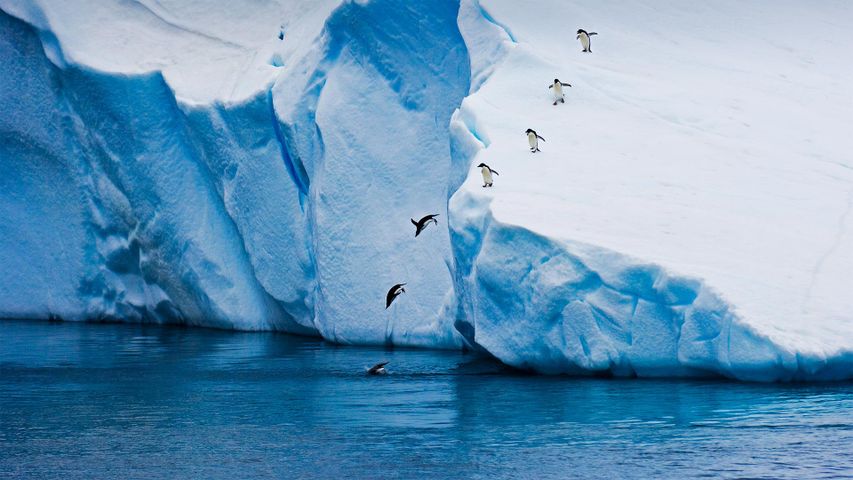 Info. Adélie penguins diving off an iceberg in Antarctica

These Adélie penguins are looking for food as they leap off this iceberg. They can dive as deep as 180 metres in search of krill, fish and squid, and may travel as much as 300 kilometres to find their next meal. Adélies are the smallest penguin in the Antarctic and are one of only two penguin species (the other is the Emperor penguin) that permanently live on the Antarctic continent. Huge groups of Adélies were once spread throughout the Antarctic Peninsula and the coastline of the continent, but populations declined in some areas due to climate change. Fortunately, about 1.5 million Adelie penguins were recently discovered on the Antarctic Peninsula's Danger Islands, which has been identified as an Important Bird Area.