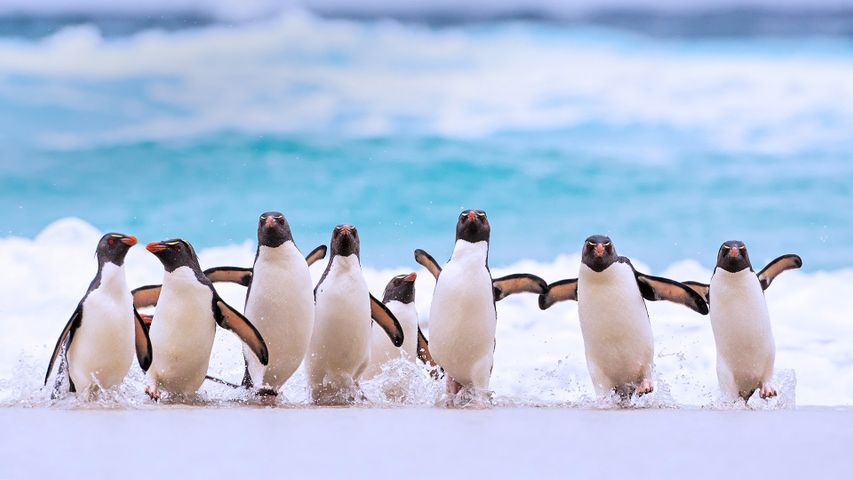 Today we're featuring a jaunty group of southern rockhopper penguins on a Falkland Islands beach. Most penguins slide over the ice on their bellies, but these small penguins opt for more aerobic locomotion - they hop. Of all penguin species, rockhoppers are among the most numerous. But pollution, overfishing, and climate change have taken a toll: their population has declined by about 30 per cent over the last 30 years. Today, there's an estimated 1.5 million breeding pairs of rockhoppers. About a million of those are southern rockhopper couples, like these, with the northern and eastern subspecies filling out the rest of numbers.