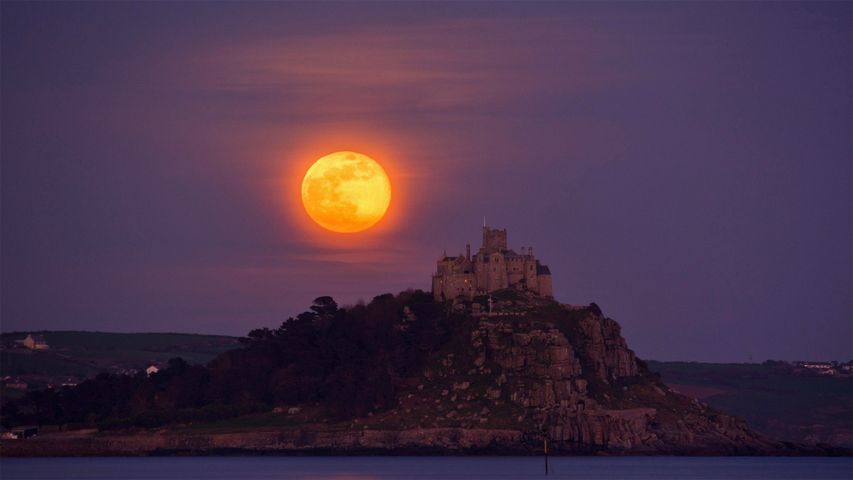 We're seeing a vivid 'pink moon' rise above St Michael's Mount, the rocky island connected to Cornwall by sandy flats and a causeway that disappears beneath the water at high tide. The same order of monks which established France's Mont-Saint-Michel built a church and priory here in the 12th century. In ensuing centuries of war, the monastic outpost was fortified into the imposing castle we see today. Privately purchased in 1659, the mount opened to the public in 1954 and is still managed by members of the family that bought it over 350 years ago.

This photo may give the moon a salmon-ish tint, but the term ‘pink moon’ doesn't arise from its colour. The April full moon is called the pink moon because Native Americans associated it with the flowering of wild ground phlox, an early sign of spring in parts of the US. It’s also called a ‘sprouting grass moon’, ‘egg moon’ and ‘fish moon’ in other parts of the world. Sadly for anyone reading this later than 3.35am, the pink moon for 2020 has already crested. But the night owls among you are in for a treat as it’s also a supermoon – coinciding with the point at which the Moon passes closest to Earth in its orbit, making it appear larger.