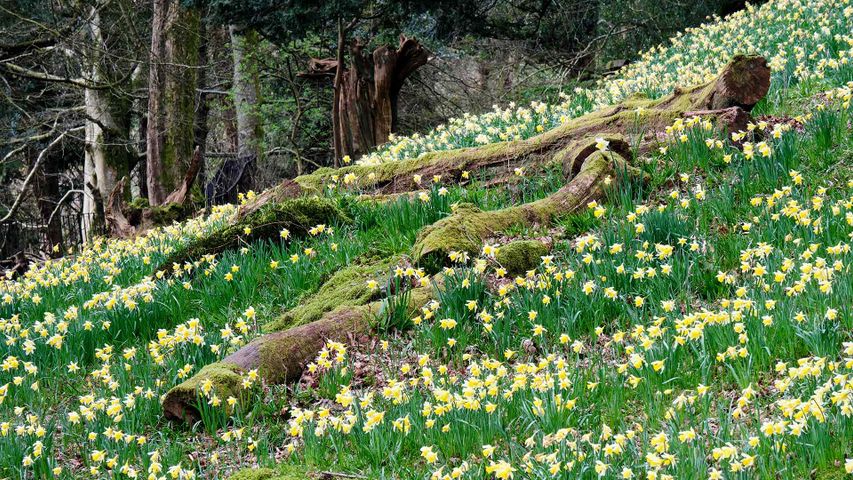 We’re marking the 250th anniversary of the birth of one of England’s greatest poets, William Wordsworth, with an image of Dora’s Field, Rydal in the Lake District. Dora was Wordsworth’s daughter and when she died in 1847 he and his wife Mary planted hundreds of daffodils here in her memory. Daffodils are of course synonymous with Wordsworth thanks to his most famous poem: I Wandered Lonely as a Cloud, which was written while he was living at Dove Cottage in Grasmere.

The “host of golden daffodils, beside the lake, beneath the trees, fluttering and dancing in the breeze” that he describes are said to have been inspired by those in Glencoyne Bay, Ullswater, on a visit with his sister Dorothy in 1802. Wordsworth spent much of his life in the Lake District, the perfect place for a key figure in the Romantic movement and passionate environmentalist to get close to nature. To mark the anniversary, the Wordsworth Museum has been expanded and modernised and Dove Cottage has been refurbished to help generations of new fans discover Wordsworth.