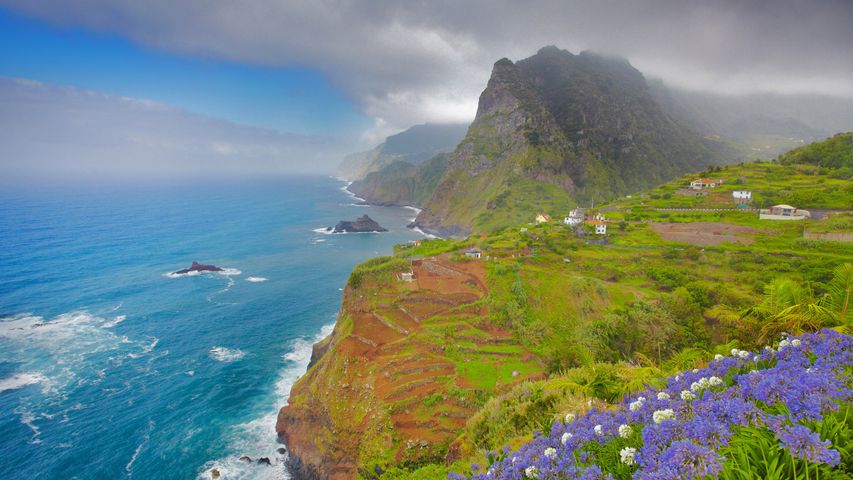 Today we're taking a trip to the cliffs at the edge of Madeira, the main island of the Portuguese archipelago - also called Madeira - roughly 320 miles west of Morocco. These terraced hillsides are just outside the village of Ponta Delgada, on the north coast. Originally uninhabited, Madeira and the other islands in this chain were settled by the Portuguese in the early 1400s and became a stopover for European explorers during the so-called Age of Discovery.

These days it's mainly tourists who make the voyage to Madeira, drawn by gorgeous views and landscapes. The 'Pearl of the Atlantic' is popular with those seeking outdoor adventure, but cultural treasures await visitors as well. Some hint at the island's history as a major wine exporter - its distinctive fortified wines became especially prized in Europe and the Americas during the 18th century.

Some of the wealthy Madeira landowners and vintners built beautiful mansions here in Ponta Delgada, some of which have been converted to museums. With so little changed over the centuries, a glass of madeira wine on a terrace overlooking the ocean might transport a visitor back to an earlier age.