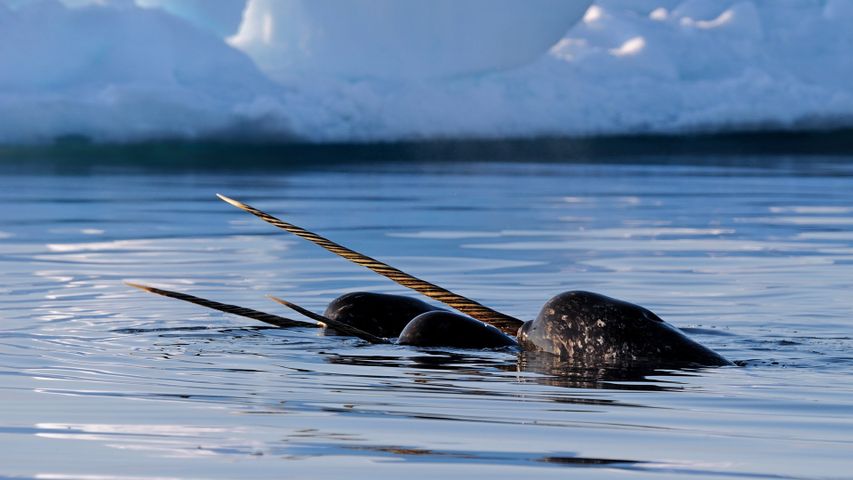 Unicorns of the sea

It’s Unicorn Day! To honour the mythical horned beast, we bring you the next best thing: a pod of narwhals in the Arctic Ocean. Narwhals develop only two teeth, but the left canine can grow into a 9ft-long spiral tusk. As it juts out of the top of their head, it's earned them the nickname, 'unicorn of the sea'.

For centuries narwhal tusks were sold to gullible buyers as rare unicorn horns with magical powers. They were so prized for their medicinal and healing properties that, in the 16th century, Queen Elizabeth I paid £10,000 for one (which was the cost of building a castle back then). By the late 17th century, scientific facts started replacing superstitious beliefs and the unicorn horn market fell out of favour.

Today narwhals inhabit the deep waters of the Arctic and North Atlantic Oceans, surfacing between cracks in the ice. Their long-term challenges include the loss of sea ice and environmental impacts from oil and gas development.