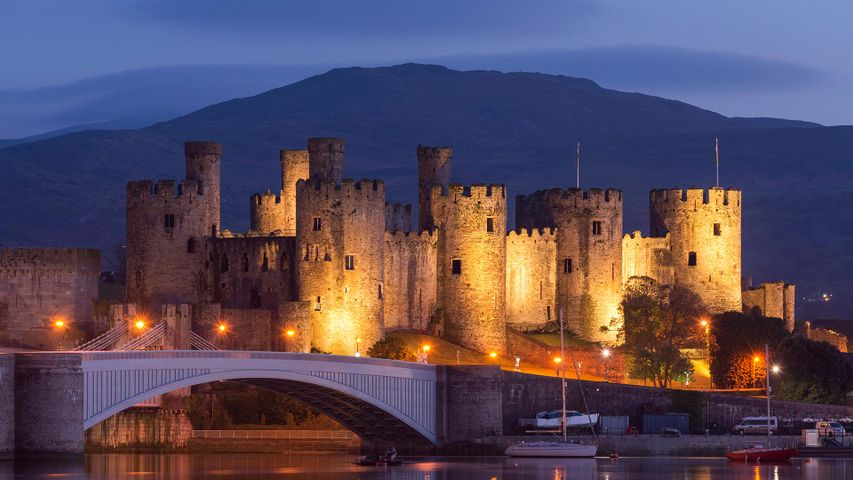 We’re celebrating St David’s Day here on the north coast of Wales in the spectacular walled town of Conwy. For more than seven centuries, Conwy Castle has towered over its narrow streets, against the mountainous skyline of Snowdonia. In its heyday it would have been white – lime render can still be seen on the walls – but even in its darker state it makes quite the impression, soaring out of a natural rock formation at the mouth of the River Conwy. Climb its battlements and you will be treated to sweeping views of the mountains, the sea, Conwy itself and the castle’s roofless Great Hall.

You’re never too far from a castle in Wales – there are around 600 of them, many of which will be flying the Welsh flag on St David’s Day. Other ways to celebrate Wales’s patron saint include wearing a daffodil or a leek, the country's national emblems, taking part in parades, concerts or simply feasting on Welsh cakes, lamb and bowls of traditional Welsh cawl. Dydd Gŵyl Dewi Hapus! – or Happy St David’s Day, for the non-Welsh speakers among you.