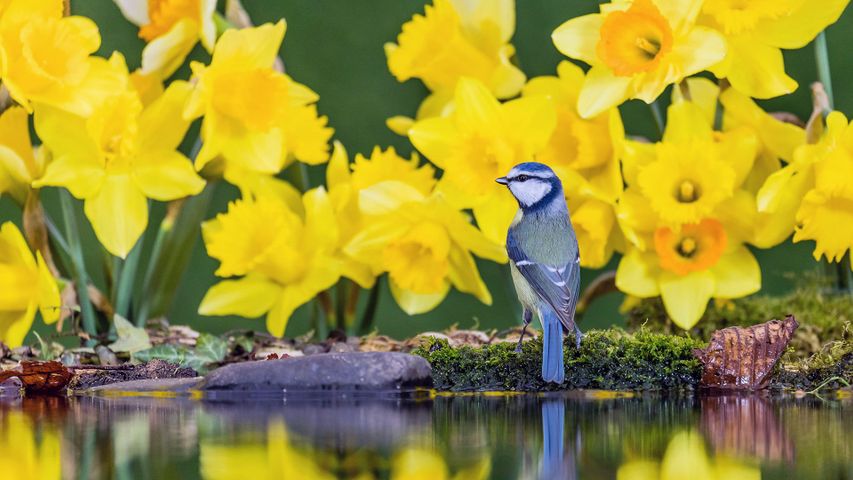 Daffodils on St David’s Day. The roots of a Welsh emblem

These sunshine yellow daffodils appear to have caught the eye of a passing blue tit - and no wonder. Bursting with colour on the banks of rivers and streams, these early bloomers have long been admired as a herald of spring. They are also one of the national emblems of Wales, although it is not entirely clear why.

Perhaps it is because they come into flower around 1 March, just as Wales celebrates St David’s Day. Or maybe it is because of some linguistic confusion with that other Welsh national emblem - the leek, (leeks are cennin in Welsh while daffodils are cennin Pedr). Leeks have a very long association with Wales. Legend has it that St David himself ordered Welsh soldiers to wear them into battle against the Saxons back in the 6th century and the green and white colours of the leek were worn by Welsh archers in the 1300s. But by the 19th century, daffodils had grown in popularity as a Welsh symbol - possibly because they offered a more fragrant and eye-catching alternative to the leek. Whatever the reason, both are still worn in Welsh buttonholes on St David’s Day, so if you are celebrating today, Dydd Gŵyl Dewi Hapus!