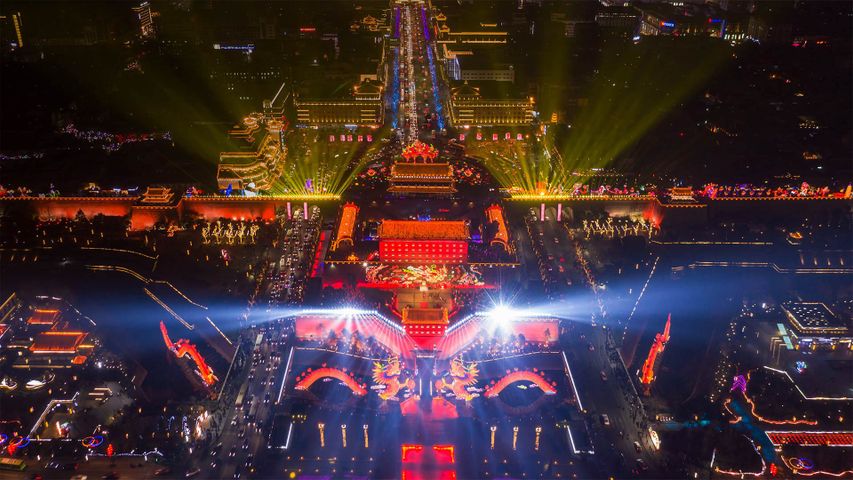 For the first day of the Chinese New Year, we’re showing the southern fortification of the Xi'an City Wall as it was decorated and lit up for last year's lunar new year party. The south gate was rebuilt in 2014 and is often used to stage the fireworks show that rings in the Chinese New Year, which falls between late January and early February. Why a different new year celebration date? It comes down to the sun versus the moon: While the widely used Gregorian calendar is based on the Earth's rotation around the sun, the lunar calendar is marked by the phases of the moon. So, the Gregorian new year always falls on January 1, while the lunar new year date moves around from year to year. Either way, we're excited to have another excuse to throw a party.

The Chinese New Year also comes with a turn of the zodiac, which is divided into 12 parts, with each part represented by a different animal. Instead of all 12 animals appearing simultaneously, the zodiac system assigns a single animal and its attributes to represent each year, and 2020 is the Year of the Rat. There are 11 more animals to cycle through in the coming years, so if the rat year doesn't work out, perhaps the Year of the Ox will be more to your liking.