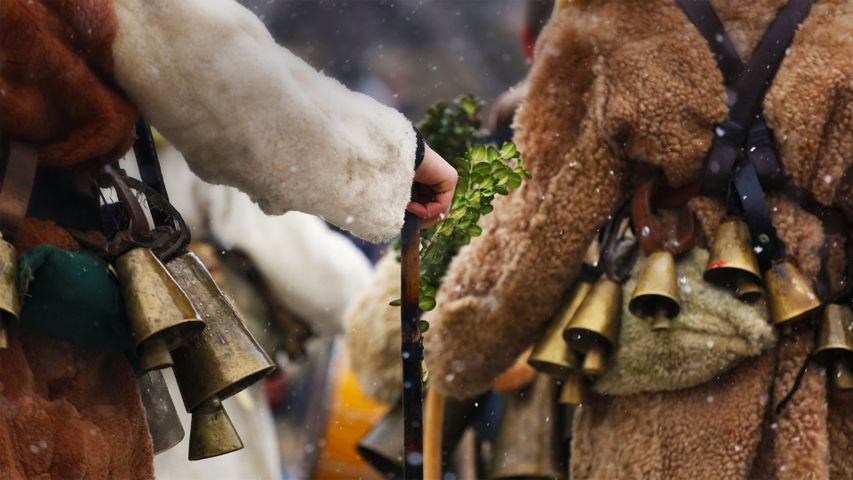 Wearing costumes made of furs, fabric, and wood, these performers are known as kukeri. They march and dance, while making noise with the many bells on their costumes. It’s a pagan Slavic custom dating back to ancient times and still takes place each winter in many cities and villages in the Balkan Peninsula of southeastern Europe. The elaborate costumes and loud noises are intended to keep evil spirits at bay. Meanwhile, a member of each participating family—usually the youngest—conducts a blessing called a survakane; using a decorated staff, he or she lightly pats other family members on the back, giving a blessing of happiness and prosperity for the coming year. Traditionally, kukeri performers were men, though women now participate as well.