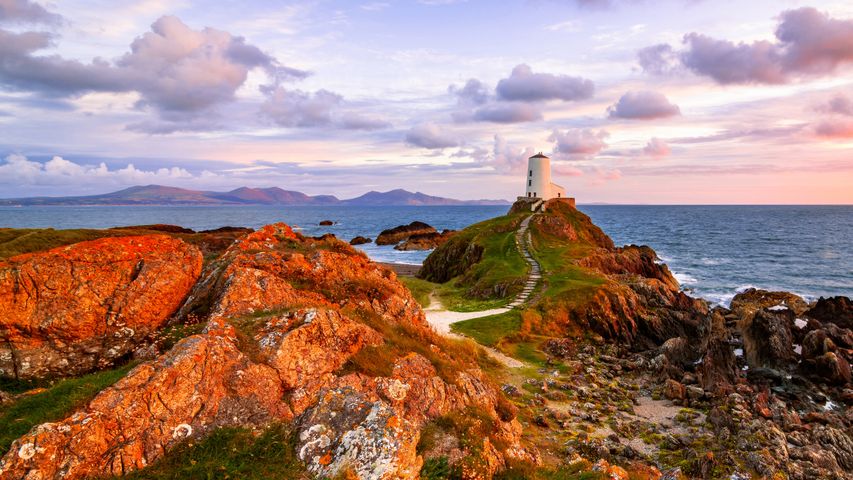 Love is in the air on Llanddwyn Island at the southern tip of Anglesey, a much bigger island just off the northwest coast of Wales. Each year on January 25, Cupid aims his arrow toward the people of Wales who celebrate St. Dwynwen's Day—the Welsh version of St. Valentine's Day. St. Dwynwen is Wales' patron saint of lovers, although she was rather unlucky in that department after falling head over heels for a man she wasn't allowed to marry. The 5th-century princess's heartache led her to dedicate her life to God and pray for true lovers to have better fortune than her own. In return, Dwynwen became a nun and set up a convent here on Llanddwyn.

Despite its name, Llanddwyn Island is cut off from Anglesey's mainland only during very high tides. Since the 19th century, it has been home to Tŵr Mawr lighthouse (meaning 'great tower' in Welsh). The design of the lighthouse, seen in our photo today, is inspired by the area's many windmills. Just out of frame, you will find the remains of the church Dwynwen founded, along with a well named after her. It became a place of pilgrimage following her death. Legend has it that the well is home to sacred fish that can predict whether couples' relationships will succeed.