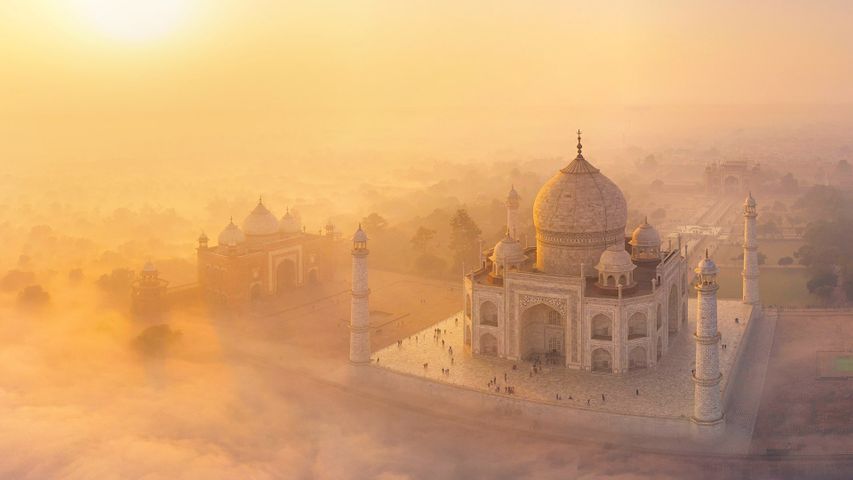 The Taj Mahal in Agra for India's Republic Day

For India's 70th Republic Day, we're featuring an uncommon view of the Taj Mahal in Agra. It's on this day that India celebrates its official beginning as an independent democratic republic after having endured nearly a century of British rule. Republic Day events include presentations of the Padma Awards (national service honors), a Republic Day parade in New Delhi, and other ceremonies.

The Taj Mahal, a UNESCO World Heritage site and one of the New7Wonders of the World, is considered one of the world's best examples of Mughal architecture. This type of architecture is known for its bulb domes, minarets, massive halls, and delicate ornamentation, all of which are easily recognizable elements of the Taj Mahal. The Taj, which was completed in 1653, has been undergoing a lengthy cleaning process, so visitors may see areas of the building covered in scaffolding as the work progresses.

The gates of the Royal Palace (Dar al-Makhzen) in Fez, Morocco