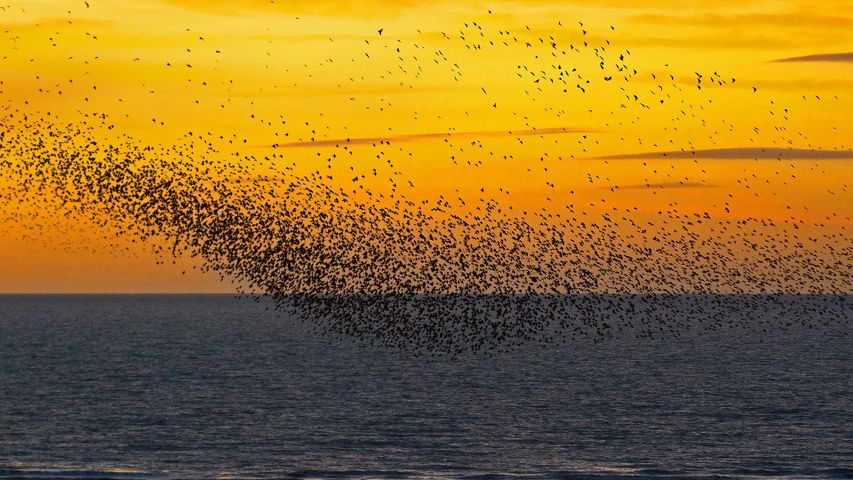 Around this time of year, as temperatures dip in the Northern Hemisphere, European or common starlings put on a dazzling show. Most of the time, these noisy birds are scorned for their bullying behaviour at the birdfeeder. But during the autumn months, they gather to roost in huge flocks, like here in Blackpool, England. At dusk, the starlings take flight en masse and flock together in a hypnotising, swirling cloud of fluttering wings. This behaviour is called mumuration. It's thought to help keep the birds warm while also acting as a defensive tactic to confuse predators like hawks and falcons. But maybe the raptors are just awestruck by the starlings' synchronised spectacle like the rest of us.