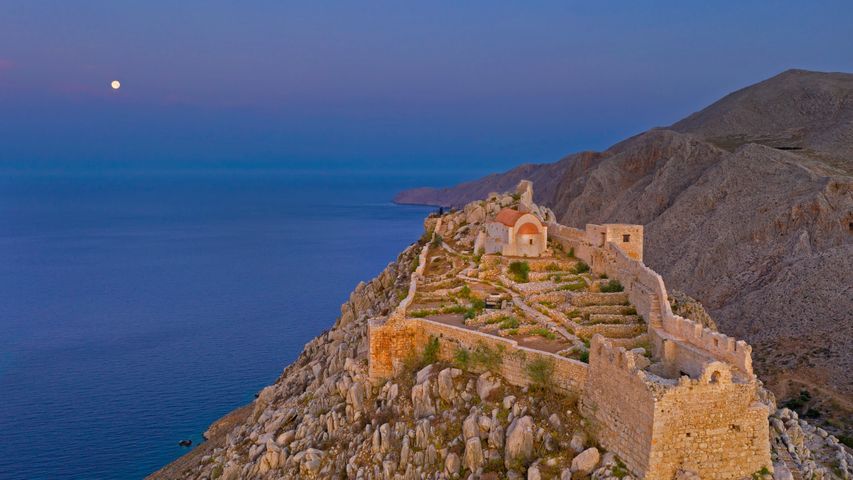 Halki, a tiny Greek island in the Aegean Sea, remains quiet when other Greek islands are filled with visitors. The only way to arrive is by ferry from Rhodes. Halki has a total area of just 28 square kilometres, the smallest of the 26 inhabited islands in the Dodecanese group. One of the most popular attractions on Halki is the ruins of this medieval castle built by the Knights of St. John in the 14th century, in the now abandoned village of Chorio. It’s a short, uphill walk from the only town here, the port village of Emporio, where most of the island’s few hundred permanent residents live.

A significant portion of the population left in the mid-20th century, many of them settling in the Gulf Coast town of Tarpon Springs, Florida, which has the highest percentage of Greek Americans of any city in the United States. These days, not much happens in Halki beyond eating, relaxing and swimming. Like all Greek islands, Halki has beautiful beaches. Here, you’re more likely to have them all to yourself.