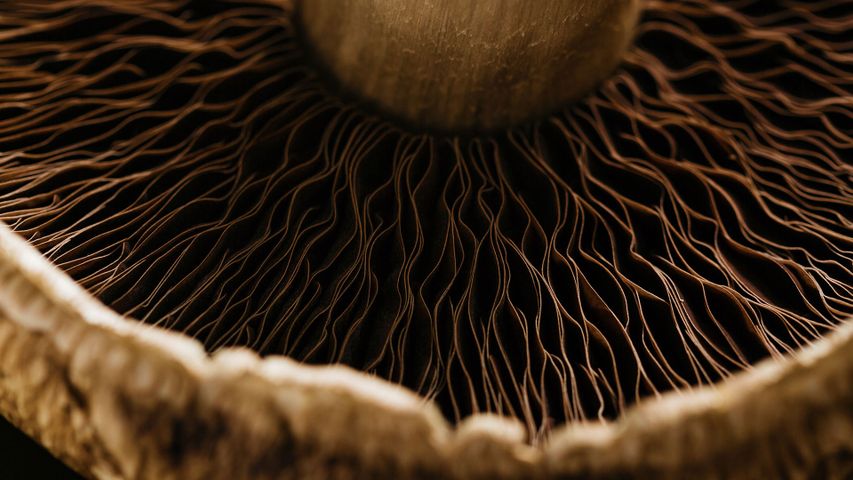 By featuring the gills of this portobello mushroom on Bing's homepage, we're tipping our hat to National Mushroom Month, an event showcasing the one type of fungus that's become a staple on restaurant menus and dinner plates—the marvelous mushroom. National Mushroom Month was inaugurated in 1992 as part of a government effort to promote mushroom farming in the US. Some of the biggest celebrations this month occur in Kennett Square, Pennsylvania, which is recognized as the Mushroom Capital of the World. The town of just 6,000 people cultivates more than 1 million pounds of mushrooms each year, amounting to about half of the total US crop. In recent years, the portobello has become one of the most popular mushroom varieties. Which type of mushroom is your favorite?