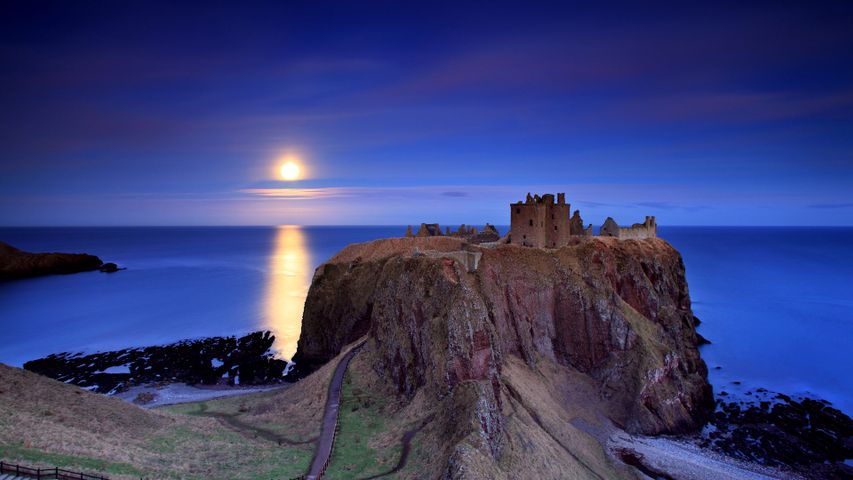 A gem of a castle. An impregnable fortress in Scotland

Tucked away on the north-east coast of Scotland lies a ruined medieval fortress steeped in history. Dunnottar Castle was the home of the Earls Marischal, once one of the most powerful families in Scotland, and is perhaps best known as where the Honours of Scotland, the Scottish Crown Jewels, were hidden from Oliver Cromwell's invading English army in the 17th century. Surrounded by sheer cliffs 160ft above the North Sea, the surviving buildings are largely from the 15th-16th centuries, but the site is thought to have been originally fortified in the Early Middle Ages.